Consumers Union, the non-profit owners of the respected Consumer Reports brand, has ramped up its efforts to make Trader Joe's a flagship retailer, and break the addiction to large-scale 'preventive' use of antibiotics on U.S. industrial scale farms.

Working under the NotInMyFood.org umbrella, activists staged a media event last week at Trader Joe's first NYC store. That event is now the subject of this YouTube video:

The video's well-done, for what it's worth. But elsewhere on the NotInMyFood.org site, the Consumers Union folks mistakenly characterize Trader Joe's when they write, "We are calling on Trader Joe’s, a leader in environmentally conscious food sourcing, to help end a meat production practice that is a serious danger to public health."

I mean this in the nicest way, because anyone who's read "Build a Brand Like Trader Joe's" knows that, overall, I admire the company. But Trader Joe's has definitely not been a leader in environmentally conscious food sourcing.

In fact, Trader Joe's is not a vertically integrated company. All of the products sold under the Trader Joe's brand are outsourced. And since many of Trader Joe's suppliers are in the food preparation business, not the food-growing business, even those suppliers have no easy way of knowing whether or not livestock operators are abusing antibiotics.

Trader Joe's also has a famously lean head-office staff. Buyers simply don't have the time or manpower to police two layers deep into the supply chain. The company could insist that suppliers assure it that they, in turn, are sourcing meats that aren't loaded with antibiotics. But even that measure would be meaningless unless it was policed. And I can guarantee you that it will be a long, long time before Trader Joe's spends a cent on lab testing.

As I've noted in the past, Trader Joe's incredibly strong cultural brand makes it a lightning rod for this kind of protest. It's unlikely to work, and I doubt that it's causing its famously insular CEO Dan Bane any lost sleep.
Posted by Mark Gardiner at 1:08 PM No comments:

Yet another TJ's supplier outed 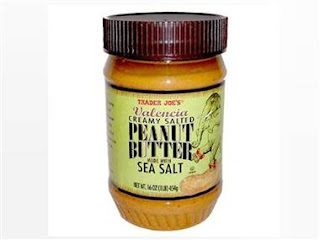 Trader Joe's draws a famous veil of secrecy over its suppliers -- an obsession that, in turn, has made identifying the suppliers of Trader Joe's products a bit of a parlor game amongst grocery nerds.

Now that the Center for Disease Control and the FDA have widened the recall of nut butters contaminated with Salmonella -- the recall was, at first, associated only with Valencia Creamy Salted Peanut Butter made with Sea Salt -- the CDC has unwittingly outed another Trader Joe's supplier.

I have a Facebook friend who called my attention to a web site called PissedConsumer.com this morning. His post wasn't about Trader Joe's. It concerned the art supply store Michaels, and the link was to the first of many pages of bitter complaints by Michael's customers and employees (along with a few tepid defenses of the chain.)

Out of curiosity, I typed 'Trader Joe's' into the site's search field, and saw that there were pages and pages of complaints that cited Trader Joe's, too. What was the difference? As I started to read the comments, it was clear that the vast majority of the complaints were about other stores and brands, and cited Trader Joe's as an example of doing things right.

This is a typical example:

If I eat more than a couple of handfuls of Fritos or Lays potato chips, I get sick to my stomach. I contacted the company, but they didn't follow up with what I must assume they thought was a personal problem. I found a nice solution however. Trader Joe's sells a product called, "Organic Corn Chip dippers". They are very much like Fritos, don't make me sick and are cheaper. I highly recommend them for Frito lovers who are affected in a similar way or who are looking for a healthier, possibly organic snack food with a great taste and texture.


Trader Joe's doesn't try to be all things to all people, but they do strive to keep the customers they do have, happy. Companies, like Michaels, that don't mind alienating existing customers have obviously never done the math on customer acquisition. It costs a lot more get a new customer than it does to keep an existing customer satisfied. And with web sites like PissedConsumer now in the marcom mix, irritated customers are more corrosive than ever.
Posted by Mark Gardiner at 7:34 AM No comments:

Email ThisBlogThis!Share to TwitterShare to FacebookShare to Pinterest
Labels: Cultural branding, What people are saying

I caught an interesting blog post on the Denver Westworld site, in which they note that Boulder actively campaigned for a Trader Joe's store which has just been announced to general delight in the People's Republic of Boulder. (They were slightly miffed that Trader Joe's can only open one store in Colorado that sells wine, and that one outlet will be in Denver.)

By contrast, there's a grassroots movement in Boulder to prevent Walmart from opening a store there. Patricia Calhoun, who reported this dichotomy, cites this as an example of Colorado's 'swing state' mentality, characterizing Trader Joe's shoppers as the blue state/coastal/lefty-liberal Coloradans, and the Walmart shoppers as the red state conservatives.

One reason Trader Joe's brand is so strong is that the company has managed to draft a corps of fanatical evangelists, while remaining almost completely opaque at the management level, and with next to no transparency as regards political or quasi-political issues like GMOs in food, farmworker's rights, and sustainability. So what are "Joe's" own political views?

It's hard to tell. According to the Center for Responsive Politics' site OpenSecrets.org, Trader Joe's spent $20k to lobby Congress in 2002, but I don't know what they were lobbying for.

Statistics are not yet available for the current political season. I'll try to remember to check back in a few months, and tell you how Trader Joe's 'voted' with its donations during this Presidential election.
Posted by Mark Gardiner at 8:40 AM 2 comments: 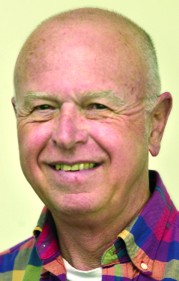 Posted by Mark Gardiner at 10:29 AM No comments: 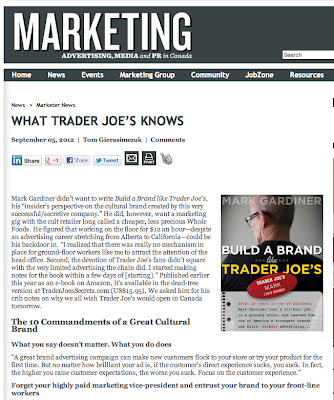 Back when I lived in Canada and worked in Canadian ad agencies, 'Marketing' magazine was read by everyone in the business. That's why I'm pumped that Marketing is reviewing "Build a Brand Like Trader Joe's" in the issue that comes out on Sept. 19.

In the meantime, the Marketing web site has a little feature they call 'What Trader Joe's Knows'. They asked me to provide my ten commandments of building a great cultural brand. Since I always try to over-deliver, I threw in one bonus commandment. If you want to read them, go here.
Posted by Mark Gardiner at 9:35 AM No comments:

Costco's CEO Jim Sinegal is no stranger to alpha-beating retail. Yet when the investment site Motley Fool caught up with him in this video, he admitted to owning only two stocks: Costco and Warren Buffett's company Berkshire Hathaway.

What's interesting, though, is that when he was pressed to describe what he'd look for in a retail sector investment, he cited a privately held company, Trader Joe's! Sinegal's not the first investor who's wished he could buy a stake in the Albrecht family trust's cash cow, but there's no Trader Joe's IPO in the foreseeable future.

"I would look for the types of qualities that you see in a Trader Joe’s," Sinegal said. "That you’ve got a niche, that you’ve got quality products, you’ve got a quality organization, everything about that seems to suggest quality, including the people that they hire in their stores, and so it’s pretty easy to get turned on by a business like that."

As the author of "Build a Brand Like Trader Joe's", I'd add that it's a real bonus when the company sustains its most valuable asset -- its own brand -- on the strength of corporate culture, spending only a fraction of it's rivals' budget on advertising.
Posted by Mark Gardiner at 11:12 AM No comments: